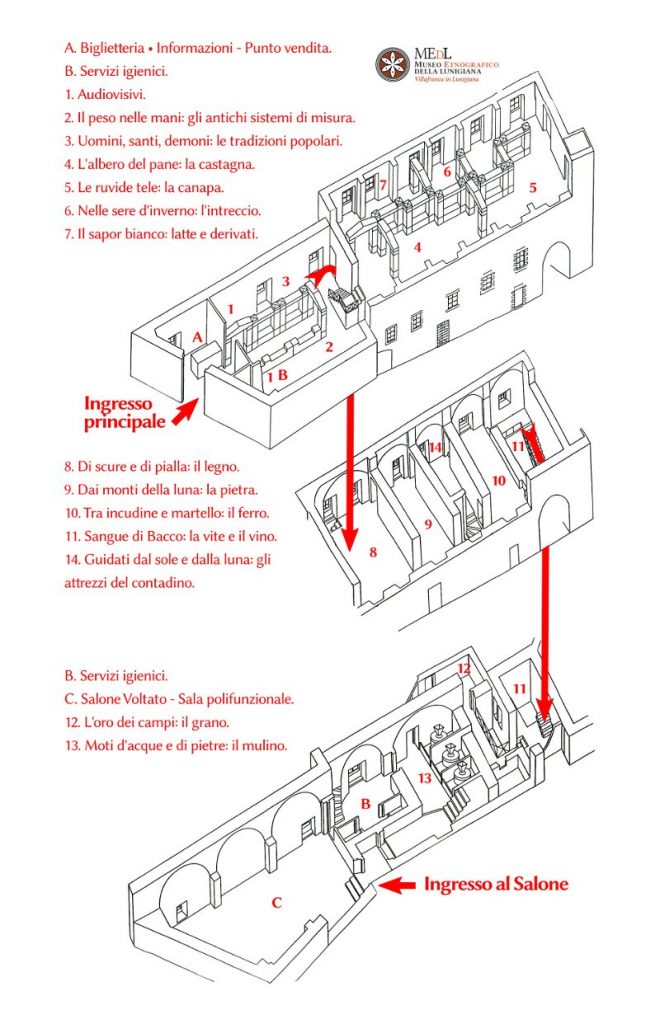 The first hall has the scales, weights and measures used by merchants, folk medicine, votive offerings, breviaries, and other mementos of the religious life of the past, including a pleasingly naïf-style painting of Jesus and the Devil contending the soul of a dying man, who reluctantly resists temptation (women, games, money and music).

Descending a level there are exhibits devoted to the various trades. First the woodworkers, whit a selection of their tools, and, much more interesting, the furniture the cabinet makers produced. There are tables, surprisingly elegant chairs and couches that bring to mind Windsor furniture, and a number of beautiful cradles, made from faggio (a local wood) and died red with faggio sap to ward of the evil eye. They’re painstakingly carved with geometric patterns, especially stylized daisies.
The next room is dedicated to stone carvers, who produced all sorts of things, from troughs to lintels. Again, the daisy is a common decorative motif, and you’ll receive a reminder of how frugal life was in the past from a\stone capital which, being carved and shaped was valuable, and was therefore hollowed out to make a mortar when it was no longer needed at the top of a column. Smithing is next; most of what the smiths made was coarse, either shoes for horses and oxen or tools, but they did find time to make locks as well, and there’s a charming wrought-iron cradle that must have been some family’s happiest possession. 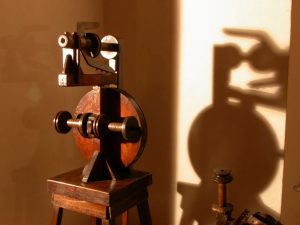 We descend another level, into a room whit channels set into the floor that were used to direct the water to the mills until the 1950s. The room is now dedicated to the area’s wine-making traditions, whit the shears used for pruning, baskets, and bottling equipment.
The next room is dedicated to the tools used to process wheat, and then there’s the mill itself, whit three millstones (for grain, corn and chestnuts) that were turned when the water struck the paddles of the wheels in the channels set under the floor. Milling was an abrasive task, and there are also the tools the miller used to dress his stones.

There’s also another hall, which likely served as a storeroom in the past and now houses temporary exhibitions. It’s a fun museum, ideal for children, and makes for an excellent day trip from Versilia, or Genova, or Emilia Romagna. 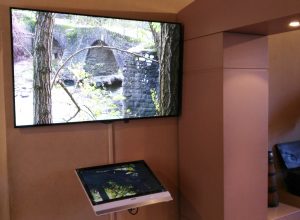 The museum has four touch-screen multimedia stations positioned in the various exhibition areas where visitors can see the large collection of audio-visual documents of the Municipal Library, consisting of digitized rare vintage photographs, video interviews, documentaries and audio interviews on culture lunigianese.

Le impostazioni dei cookie su questo sito sono impostate per "cookie abilitati" per offrirti la migliore esperienza di navigazione possibile. Se si continua a utilizzare questo sito web senza cambiare le impostazioni dei cookie o si fa clic su "Accetto", si acconsente a questo. - The cookie settings on this website are set to "allow cookies" to give you the best browsing experience possible. If you continue to use this website without changing your cookie settings or you click "Accept" below then you are consenting to this.